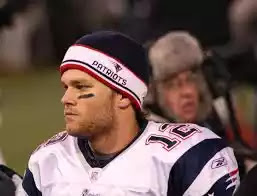 While announcing his unretirement on March 13, 2022, Brady wrote on Instagram:

"These past two months I have realized my place is still on the field and not in the stands.
That time will come.
But it's not now."

The future Hall-of-Famer also mentioned having some "unfinished business."
In April, Brady told Complex about his primary motivation:

"There's only one reason to play for me at this point in my career And that's to win."

Apparently, seven Super Bowl wins aren't enough.
Though Brady cited spending more time with family as his reason for retiring, he still wanted to return to the field.
Even a $375 million, 10-year broadcasting deal as an analyst with Fox Sports wasn't enough to tempt him to retire earlier. 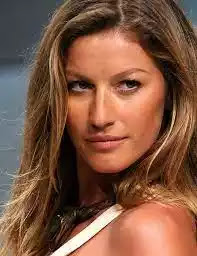 He also thanked his "supportive family" on Instagram, to which Bündchen replied,

Despite Gisele Bündchen's seeming support of Tom Brady's retirement reversal, she is apparently having second thoughts now that Brady is in the thick of his 23rd NFL season.
She was more delighted about his retirement, writing in a statement,

"I'm as excited as you are for what the future holds."

But recently, the couple has been arguing, and Bündchen reportedly left for Costa Rica while Brady stayed in Florida for training.
Bündchen had also told British Vogue:

"His focus is on his career, mine is mostly on the kids.
I'm very grateful that he lets me take the reins when it comes to our family."

But that can be exhausting, and she's entitled to her career, as well.
Brady also told Complex:

"I wanna be there for my wife.
She has goals and ambitions.
I wanna win on the field, but I wanna win off the field."

He has been caring for the kids while Bündchen is in Costa Rica.
Though Brady's trying to balance family and professional life, taking time off practices for a family vacation, it apparently hasn't been enough.
As Bündchen told British Vogue,

"I don't think relationships just happen; it's never the fairy tale people want to believe it is.
It takes work to be really in sync with someone, especially after you have kids."

This discussion has come up before for football's "It" couple, as Tom Brady and Gisele Bündchen have argued about this exact topic before.
In April 2020, Brady told Howard Stern that his wife had previously felt like he wasn't doing enough to be present for the family.
He said,

"I had to like, check myself because she's like, 'I have goals and dreams too…
so you'd better start taking care of things at the house.'"

There were also rumors flying about Brady and Bündchen's marriage being doomed in 2015, while Brady dealt with the fallout of the Deflategate scandal.
The rumors alleged that the star quarterback was taking his pressure and anger out on his dear wife.
A source told Us Weekly in September 2015,

"Tom's become very nasty and irritable and started acting out on her."

The insider also told the publication that Bündchen had consulted with a divorce lawyer as a result.
But the couple is used to difficult times.
Bündchen and Brady started dating in December 2006, shortly after Brady's breakup with then-girlfriend Bridget Moynahan.
They'd only been dating a couple months when news broke that Moynahan was pregnant with Brady's son Jack.
It challenged and strengthened the new relationship.
Brady told Howard Stern,

Hopefully, Brady and Bündchen can continue to do just that.